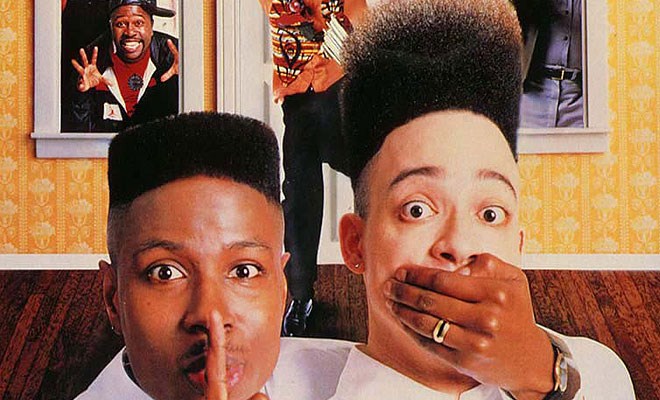 The house party can be a daunting task. Unlike the parties in teen movies, people won’t just show up and make your party awesome, nor will they take it upon themselves to turn it into rager if it’s a little lacking. Some effort needs to be put in if you want people to stay, and like, have fun. The good news is you don’t have to be Van Wilder to make it happen. That guy was a dick, anyway.

Your mates will bring their own tinnies, sure, but as host you’ve gotta provide a little somethin’ somethin’. It’s just polite. Punches are the easiest to do. Our favourite recipes involve some kind of sangria creation made from cask wine (have a few extra casks on hand for top ups, peeps are suckers for free booze). If you want your punch to really pack some punch without getting your friends mightily wasted (drink spiking is a crime, yo), we have two words for you: energy drinks. A couple of cans in the concoction will perk up everyone’s moods in a ‘FUCK YEAH, LET’S DANCE’ way.

If you’re going to make jelly shots (and why wouldn’t you?), make them in plastic cups and spoons rather than plastic shot glasses. The jelly is heaps easier to eat and the cups are much easier to clean up – they don’t smash into tiny pieces when you step on them or roll under couches. How much vodka do you put in with your jelly? Substitute vodka for the cold water required. Heads up though, only put 30mls in the plastic cups. That will be ALL you need.

The important thing to remember here is your place of residence isn’t a club. You don’t need to have the added headache of a DJ and worry about someone being behind the decks the whole night. We live in the future, and the future has given us Spotify playlists (or any other streaming service you fancy). No one needs to make mix CDs, change iPods or download new music. Just give all your friends access to your playlist and let them add in the tracks they want to hear. We recommend hip-hop – who doesn’t like‘You Can Do It’ by Ice Cube? People you don’t want at your party, that’s who.

Sure, there will always be some dickhead who wants to play a shitty metal song while the d-floor is pumping, but let them do it once, watch them crash and burn, and then you won’t have to worry about them ruining the mood for the rest of the night.

On a side note, though we don’t recommend DJs (and having to acquire DJ decks), we do recommend hiring speakers with a portable device plug-in.

Themed parties > non-themed parties. A theme means your party has personality and will come up in conversation in the lead up. It also gives you direction for how to decorate your house. Party decorations = instant atmosphere. They make it feel like a party even when many peeps haven’t arrived yet. Getting people to dress up gives people something to talk aboutat the party. Like that time we went to a Beyonce party and two girls were both dressed as Blue Ivy in exactly the same way (blue top + wearing ivy). Instant besties. If people start making out, your party is a succ-sex!

There’s no need to be concerned your party is going to turn into a Corey Worthington affair. Like, seriously, are you that popular much of a douche? Just kidding. Our philosophy is, ‘Friends of friends is fine, but if they’re the kind of friends who punch holes through walls, no thanks.’ if someone’s being an idiot and isn’t a direct friend with anyone throwing the party, you are allowed to ask them to leave. Otherwise, your friends are your responsibility.

On a side note, make sure you let your neighbours know you’re having a party. Just like breaking up, the best way to do it is in the flesh. On the day is fine, you’re still being considerate. Most likely, they’ll be cool with it. If you’re a bit chicken, write a nice note with all your phone numbers on it asking them to contact you (rather than the po-po) if you’re being too loud.

Put your valuables in a safe place but don’t close your bedroom doors if you can’t lock them (note: locking your door could mean you’re forever having to open it for other people to put their jackets, bags etc. rather than partying). The surest way you can stop people from sexing in your bed is making your room a thoroughfare.

SPENDING MONIES AND THE CLEAN UP

These are the two reasons that hold back throwing house parties, but really shouldn’t. Think of the money you invest in throwing this party – on booze, speakers, decorations, extra toilet paper – as returning the favour to friends who have previously thrown parties, and paying it forward to the friends who will throw parties in future. (Also, being a tight-arse in this realm does actually guarantee an average time.)

The clean up will never be as bad as you think. Once you’ve gone around picking up all the bottles, do another round picking up the rubbish (which will probably take 30 mins max). Congrats, you’re half done! Floors will probably need to be mopped more than once, but have a post-party party with your housemates and use it as your time to reminisce. Ps. You totally do NOT have to do it all the following day. It’s a good idea to buy a new mop, and those kitchen/bathroom baby wipes for other sticky surfaces pre-party. Forget about the carpet. You live in a sharehouse and when you move out the landlord’s probably going to replace it anyway. Cut your losses.

Originally published 03 May 2013 on Everguide.com.au